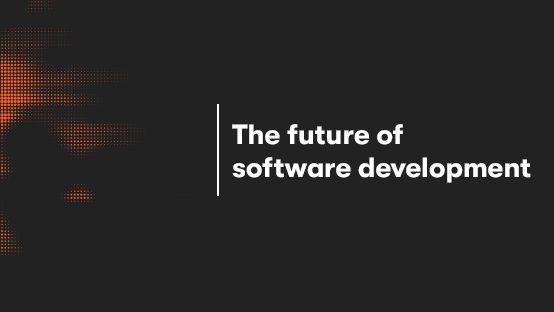 How smart developers will get rich in 2023

There are several ways for a developer to become rich: sell their hours to a company as an employee and earn their shares. The second option is to start your own business and exit, but only 6% of companies manage to exit. The world does not yet have an acceptable way for developers to build their own financial freedom. So how does a smart developer get rich in the not so distant future? By creating microapps, the Mars team is building a platform where creative developers meet microapp users (end product creators)

Nowadays, there are several ways to get rich for a developer.﻿

First, you can sell your hours to a company as an employee and earn its shares. Eventually you can get more shares, sell them and get money. Pretty cool but also a big gamble.

Because you will only earn a significant amount of money if you join the right company at the start. No one will give you many shares of Twitter-like companies today.

The second option is to start your own business and retire. Only 6% of companies manage to exit.

So if you’re ready to play the big game, you can give it a try. A trial costs around 7 years and 999 pounds of stress 😅 Add to that the fact that 99% of new businesses fail and you have one hell of a ride! Enjoy!

There is another huge downside that causes these 2 to fail by design. Once you get a ton of money, you have to learn what to do with it.

And if you’re not a financial expert, chances are that with recession and inflation, your money will lose value very soon. You risk losing all your capital in 5-10-20 years.

So you need to create streams of income, not a pile of cash.

You can create a plugin for a platform such as WordPress or Shopify. Cool, but according to Shopify, the average monthly app revenue is $2,138.

Count on the risk that a platform will disappear and you will understand that this path will never give you financial freedom.

Building a SaaS to get recurring revenue from subscriptions seems like an option. But ultimately, 90% of all products fail. It also doesn’t sound like a surefire way to get rich.

Another alternative could be to create a Youtube channel where you share your invaluable knowledge of the language you are working on, specific projects, etc. Easy enough ?

Yes, but it is very time consuming and requires a ton of creativity and a good setup. You didn’t expect to just upload a video from your built-in camera, did you?

An average cost to set up a vlogger is $4,000 and that’s just your camera, lighting, and mic. Then add filming time (how much do you make an hour as a developer?) and post-production, a few thousand (at least) for promotion and you’re easily looking at $10,000 to start.

You will need to constantly update your content, stay on top of trends, and keep up with demand. It could eventually become a good source of income, but it’s certainly not passive.

The ideas above may seem demotivating. It is because they are. The world does not yet have an acceptable way for developers to build their own financial freedom.

So how does a smart developer get rich in the not so distant future? By creating micro-apps 🤓

Have you ever had a pet project? Have you tried many times to build something bigger, but finally shelved it and threw away all the code?

That’s the story we’re hearing more and more from exceptional developers who think it would even be better to give it away for free than just throw it away. Imagine that you would have nothing to do with all that!

In any new project, you work on 80% of the code that repeats itself, and a modern developer has thousands of lines of code that they reuse internally.

These lines can be integrated into a micro-app and sold to people who create apps for clients or for themselves for a monthly fee.

For a developer, it will be like building 100 micro-SaaS products but with less of the fuss. And without the need to market them in addition to publishing them on the market.

When a new startup arrives on Mars, it must find the micro-applications that work for it. Imagine how many micro-SaaS solutions exist!

All of them can be rebuilt on Mars and become micro-applications that others can incorporate into their projects.

Some of the micro apps will die unnoticed, some will be used by others and earn you money. As the years pass and as a developer you create more code and integrate it into micro-applications, your source of income increases.

You will not be paid by just one employer but by thousands of them. Which is much more durable.

Do you think you are a smart developer? Tell us what works for you as a side hustle! And join Mars Discord to see how we’re changing development.

How to Use WordPress to Customize Your Fashion Website