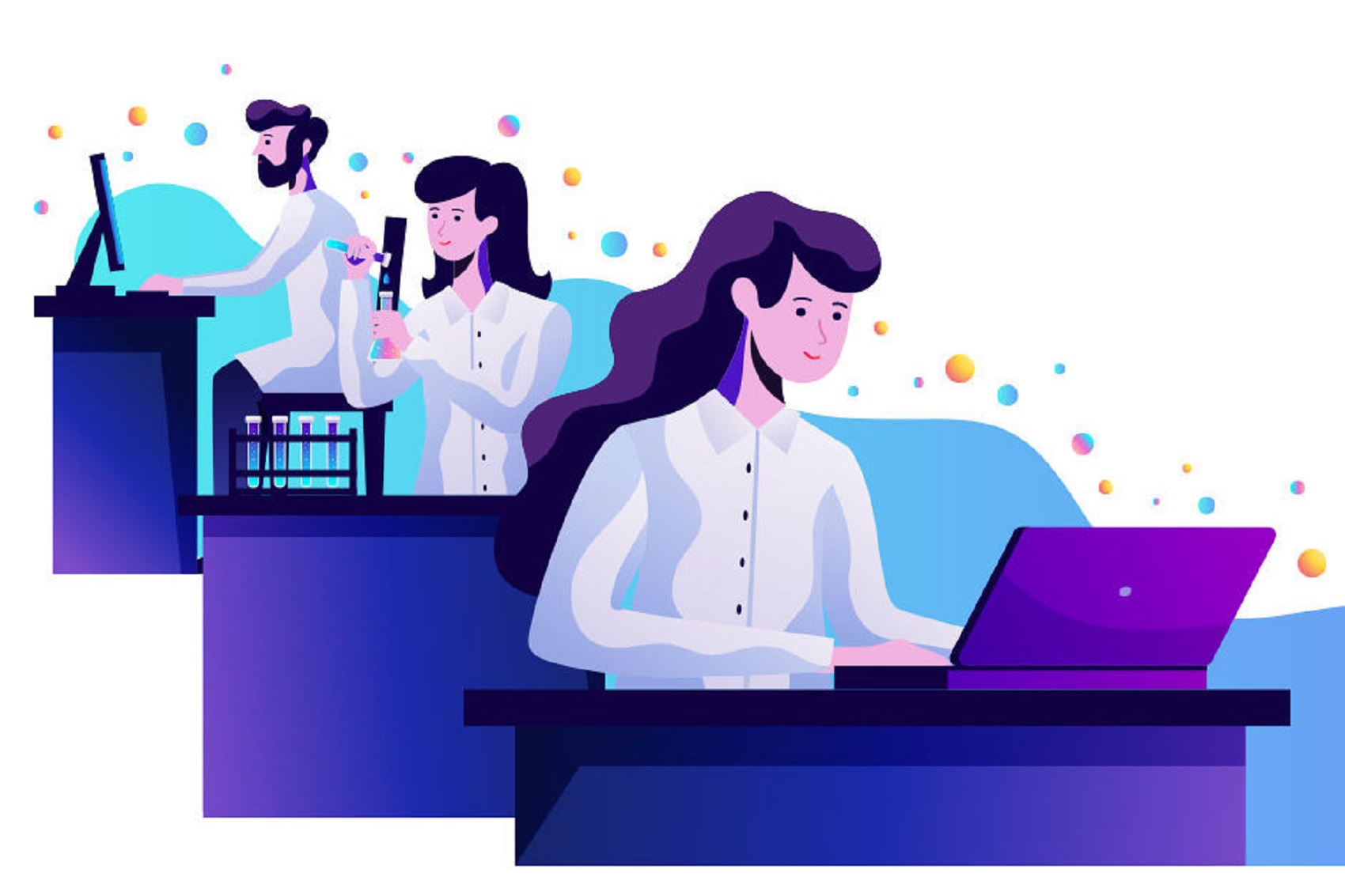 My Pivot Journal is a Ventures Africa weekly series document people’s career transitions from one industry to another, especially into technology.

When Esther started learning the codes, she had no idea that technical skills were in such high demand. She just wanted to learn a new skill to earn a living. His dream of working in the media did not come true as planned. After a phase of trial and error, a love affair with a technical brother and a few mistakes, Esther found her way to system testing. This is Esther’s pivotal diary.

As a child, Esther’s dream was to become a news anchor. “I had always imagined myself working with Silverbird, AIT or the BBC. I would always watch the 8 p.m. news on CNN and watch the presenters carefully. This passion drove her to study mass communication. She obtained a national diploma in Mass Communication from the Federal Polytechnic in Anambra State. Upon completion, she got a job with a PR firm as a writer for their news website. She also started a personal blog where she wrote about tourism and travel.After a year she attended Yabatech to get her Higher National Diploma.There Esther tried her hand at social media management and got a few jobs.

After her BTS, Esther tried to return to the media space. “I contacted the company I had worked for. I thought my HND would give me an advantage. But they wanted me to go through a tedious process. A process that just wasn’t working for me,” she recalls. Eventually, she decided to focus on social media management.

One day, one of her employer’s husbands asked her if she knew about programming, coding and software. “I had no idea. The only knowledge I had of software was what I learned in elementary school,” she says. “He told me to try my hands on it. That I could do more than manage social media. Esther didn’t know what to do with this information. So she asked her sister whom she knew had experience with WordPress. “My sister told me not to bother. That was too hard. She said the man wanted to stress me out,” she recalled.

Wanting to try it herself, Esther’s first introduction to technology was programming. She joined the HNG boot camp and took classes on HTML. But it was when Esther started learning CSS that she began to reconsider her dream of programming. “It was harder than expected,” she says. Esther complained to her boyfriend at the time. “I knew he worked for a tech company. But I didn’t know he was a programmer,” she says. “He was equally surprised to know that I was learning to code.” He introduced her to free websites like freecodecamp, W3schoolsand learn alone. Esther learned HTML, Javascript and C-sharp. But in the middle of learning SQL, Esther became overwhelmed and frustrated. “At the time, I didn’t know there was money in tech or that the tech ecosystem was booming, or even how much tech skills were in demand. I just wanted to get a new skill and ultimately developing websites,” she notes.

Esther decided she would do her mandatory national youth service and figure out what else she could do to start earning money. While teaching in Osun State, a friend of hers told her that the company he worked for, Company garden group, organized a virtual internship/training. He persuaded her to join, going ahead to help her with the integration process. “When I had to choose a track, I saw web development, product design, back-end and many other skills. But then I saw software testing. And I just thought that since it was just for testing the software, it should be easier than actually coding,” she recalls. And that’s how her software testing journey began. After executing the assigned tasks, Esther was retained as a quality assurance engineer in the company.

Two months into her new job, Esther realized that her internship was nothing compared to the real job. “During training, there are templates for tasks. And you’re basically being asked to duplicate them. But when you’re actually managing a job, there’s no template. Everything you build is from scratch. It was different. I still felt like running away,” she recalls. Esther also had to settle into technology as someone without a technical background. “As a child, I hated science. What I had learned on computers was how to type with Microsoft Word. So it was difficult for me to understand the technical concepts,” she says. After three months of work, Esther was still trying to understand. She also had to understanding working in a male-dominated team.”There was always the urge to prove that you’re just as good,” she says. “But I took it as a challenge to be better at my job. work,” she added.

Esther is currently working for fintech unicorn Flutterwave, as a quality assurance analyst. She is responsible for testing software to ensure that it is not defective. A typical day consists of interacting with the team lead, product managers and developers. “We fight a lot with developers,” she says. “Not literal fights, of course. But because I’m testing their codes, there’s a lot of back and forth. If I do not certify that a product actually works, it will never be released to the public.

Prior to Flutterwave, Esther worked at fintech company Renmoney. But she got poached after a Flutterwave recruiter overheard her talking on a twitter space. “Someone contacted me to talk about quality testing in tech because it doesn’t get as much attention as other tech jobs. After space, I got two messages, the one from flutterwave and the other from a US based company saying they were impressed with my knowledge and work both messages said there was an opening and they would like me to come to work with their respective teams,” she recalls. Esther applied for both jobs and got Flutterwave’s.

Although she didn’t plan to leave Renmoney before she got poached, Esther thinks it’s helpful to have so much experience working for different companies and products. “I’m not saying you have to jump from one job to another, but if you want to grow, you have to have these different experiences. Except you know you’re on a good path with a particular company. And your goals align with theirs. Otherwise, the company will go faster than you,” she adds.

Esther is also co-founder of a b2b e-transport startup called eazyrideng. “I have no intention of changing my role as a quality assurance engineer anytime soon. I want to move up to a higher position in my role as a QA engineer before I can say I want to do anything else in technology. A likely path would be to become an automation engineer,” says Esthers.

Try your hand at different things and public learning.

“My experience learning programming languages ​​has informed my current role. And it has helped me understand software principles. So if something isn’t working, keep changing until you find your It’s also important to engage in public learning. Put yourself there because people are watching. So when an opportunity arises, it’s easy for them to recommend you.

The pros and cons of blogging tools • The Registry