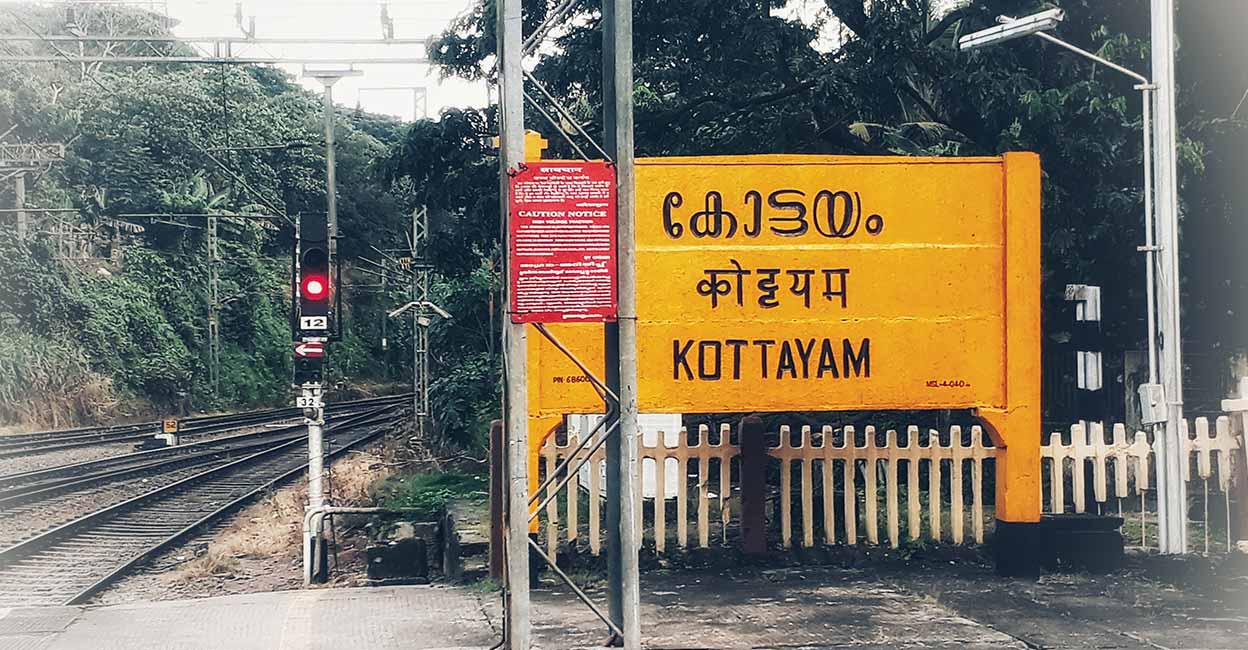 Places such as Kodimatha, Nagampadam, Kanjikuzhi and Thazhathangadi guard the borders of this small town with bridges as gateways. This city has earned the moniker “Akshara Nagari” (Land of Letters) as it has the rich heritage of establishing the first colleges and printing units of Kerala.

If you ask street vendors who sell second-hand books if they have reading habits, they will answer yes and tell you that they will not sell Malayalam books because they will take them home for read. They enjoy reading lots of Malayalam translations of popular English works. Anyone who knows the basics of reading develops reading habits to reach new heights. And this city with a myriad of shades is the storied Kottayam in central Kerala.


Although it is said that the children of Kottayamites migrate to other countries for studies, there are also many people from other regions who move to this beautiful city for business, study and work. It should be noted that the locals of Kottayam are not night owls as most commercial establishments lower the shutters for the day just after dusk. Everyone has the idea that Kottayam is a predominantly Christian town, but the Thirunakkara Temple and the Thazhathangadi Juma Masjid stand proudly in the town.

Electric rickshaws move through the city without raising the decibels, making ordinary cars seem like they are running with their engines turned off. Car trips in Kottayam also stand out for different reasons. Although the minimum fare is Rs 30, motorists would ask for Rs 40 or Rs 50 saying that most of the roads in this small town have one-way traffic and it is quite difficult to get passengers for the trip back.

A quick look at the captivating landscape of Kottayam would reveal that the city is well endowed by nature and let’s take a look at the tourist destinations in and around Kottayam.


Kottayam to Kumarakom
Kumarakom, known for its calm backwaters, is 14 km from Baker Junction in Kottayam and, interestingly, is an archipelago of islands on Lake Vembanad. Kumarakom like Alappuzha is famous for its houseboats, traditional seafood and fresh sweet grog. You can enjoy the rustic natural charm of Kumarakom by staying in houseboats or resorts. Just pack your bags and head to Kumarakom if you want to have lip-smacking delights against the backdrop of serene natural surroundings.

Kuttikanam and Vagamon
Just over two hours from Kottayam will take you to these two enchanting destinations. Take the Pampady-Kanjirappally-Mundakayam-Peruvanthanam road to reach the fascinating Kuttikanam, and the Ettumanur-Pala-Erattupetta road to arrive at the famous hill station of Vagamon.

Kuttikanam, which has milky waterfalls, spellbinding views and the centuries-old “Ammachi Kottaram”, is a hill station that can keep travelers of all kinds in high spirits. And the misty Vagamon attracts tourists with its sprawling tea plantations, bare hills and pine trees.


Pilgrimage centers
Kottayam and the surrounding areas have many historically significant and prominent places that might be of interest to pilgrims. The famous Thirunakkara Mahadeva temple is nearly 500 years old and the temple’s Shiva idol is believed to have been consecrated by Parashurama. The Pooram of Thirunakkara is also something special for the people of Kottayam.

Thazhathangadi Juma Masjid, which is one of the oldest mosques in Kerala and located on the banks of the Meenachil River, is also an important place of worship. The mosque is a master class in Kerala architecture and was constructed from wood. Bharananganam near Pala is also a favorite destination for pilgrims and other visitors. People en route to Vagamon via Pala can easily visit Bharananganam.

Thousands of devotees from various places visit Panachikadu Temple, known as Dakshina Mookambika Temple, every year. Ettumanur Temple is also one of the most sought after pilgrimage destinations in Kerala. Manarcadu Church and Vavar Mosque are also popular among the people of Kottayam and other places.

Windy Illickal Kallu which has been made famous by travel vloggers, numerous waterfalls, Mango Meadows Park and ‘Nalumanikattu’ are some of the surreal places in Kottayam. Elaveezhapoonchira, a hill station that caught people’s attention through a Malayalam movie of the same name, is also in Kottayam.

The pink water lilies of Malarikkal and the museums that celebrate the glory of art are also found in this city. The Suryakaladi Mana, which was built by Swathi Thirunal, the King of Travancore, on the banks of the Meenachil River, is another marvel of Kottayam. Kottayam, known for rubber cultivation and its lakes, has many captivating destinations that are must-sees for tourists.

Credit Suisse expands in Qatar and launches a technology hub