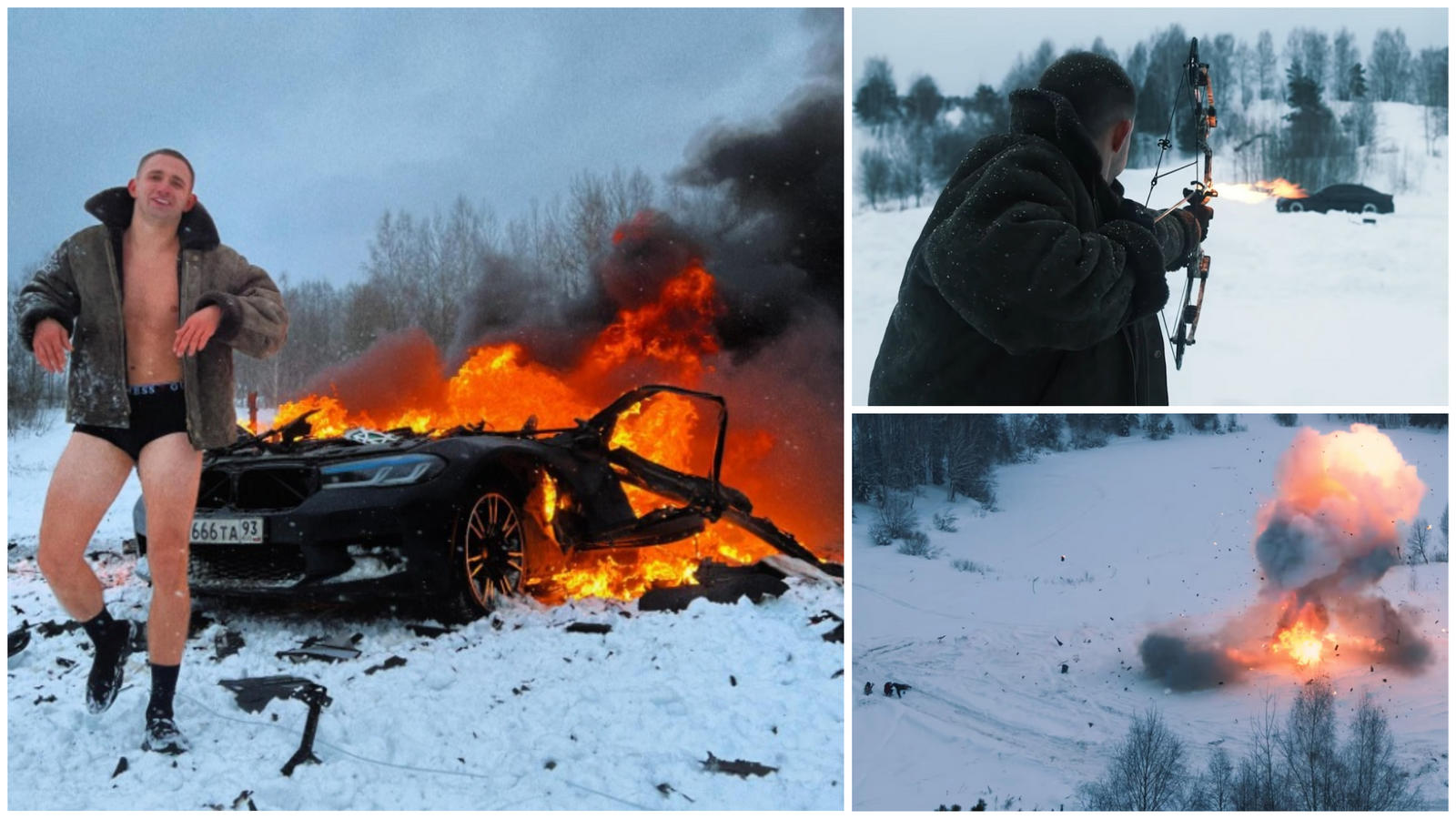 Russian YouTuber Pours Gas And Blows Up His Friend’s $140,000 BMW Sports Car Just To Quench His Endless Thirst For Likes And Views

Another exotic automobile has been slaughtered to death by a wealthy Russian YouTuber for fun. We are racing towards a world that will only have electric cars. Soon, combustion engine cars will only be found in museums, making it all the more important to celebrate them before they are gone. Yet these vloggers are determined to destroy these beautiful machines for something as superficial as the number of views on their YouTube videos. The latest such stunt was performed by Russian vlogger Mihail Litvin, who rose to fame two years ago for burning his AMG GT 63 S. Apparently it was a way of protesting the poor quality of service provided by Mercedes -Benz. This was followed by another viral video in which he crashed a brand new Porsche Taycan through the window of a Porsche dealership after allegedly mixing the pedals. For his latest video, Litvin chose a BMW M5 Competition as his new sacrificial lamb.

Turns out the wrecked car in Litvin’s video doesn’t even belong to him. The beautiful, all-black BMW actually belongs to one of his friends. This time around he had no problem with the serve and didn’t mix up the pedals. According to local media ASTV.ru, blowing up the high-performance sedan was a way to pay “respect” to a friend who was killed while driving a BMW M4 competition in Moscow last year.

In the video, Litvin can be seen driving the M5 through open snowy terrain before asking a few of his friends to join him. He then pours gasoline on the car and shoots flaming arrows at it. After a few misfires, the M5 explodes spectacularly with debris landing near the vlogger. If you like cars, I suggest you skip the video.

The 8 best creative hacks to grab the attention of recruiters