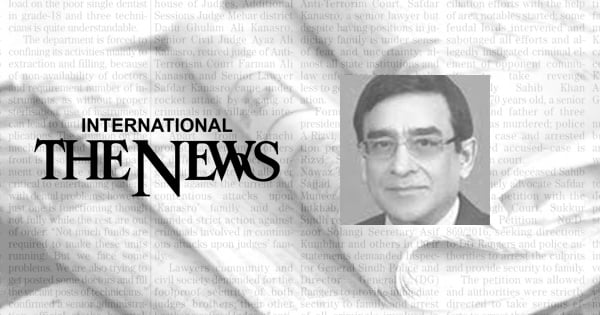 The power of youth

In the 2018 elections, with 100 million registered voters, only half (50 million) exercised their right to vote. Therefore, the number of young people eligible to vote in the next election is roughly equal to the total number of votes cast in the 2018 election. If young people decide to exercise their right to vote in a larger numbers, they can make a big difference in the outcome of the next election.

In the 2018 elections, the PTI obtained 17 million votes, obtaining the most votes (32%), followed by the PML-N with 13 million (24%) and the PPP with 7 million (13%). All the other parties were far behind. Even the MQM, which usually flexes its political muscles, got only 750,000 votes (1%) but managed to get a proportionately higher number of seats (6) because its vote bank is concentrated in the two largest towns in Sindh.

With the current heated political imbroglio, young people are now much more aware of the political situation. They are participating in jalsas in greater numbers than ever before and they are more concerned about the future of Pakistan. In addition, the population is growing at a rate of 2% per year, which adds four million young people of voting age each year. Therefore, in the last four years alone, 16 million young people have been added to the electoral pool. It is now an energetic crowd exercising its right to speak out and participating in ever-increasing numbers in political rallies. There is no prize for guessing which party or leader young people are leaning towards and who they will vote for.

In Pakistan, those who decide have not yet realized the power of youth. These people belong to the generation of baby boomers (those born before 1965) while today’s world is led by Generation Y (millennials) and Generation Z, who were born in the age of information technology. . This generation is driving the world today, whether in politics, technology or entrepreneurship.

Many Western democratic countries are now led by young leaders from Generation Y: Sebastian Kurz, the Austrian Chancellor, is 35; Sanna Marin, Prime Minister of Finland, is 36; Jacinda Ardern, Prime Minister of New Zealand since 2017, who won the hearts of the Muslim world, is only 41 years old. However, this should in no way be equated with the brand of young leaders of underdeveloped countries like Pakistan, and other monarchies and dictatorships, who were born with a silver spoon in their mouths and inherited their positions . They may not have the real experience of facing or solving the challenges of a free society where people vote on issues, past performance and credibility. Most young Western leaders rose through the ranks and received votes based on their qualifications, credibility and performance.

Similarly in the world of entrepreneurship and technology, Jeff Bezos started Amazon when he was only 30 years old and is considered the richest man in the world with more than 200 billion dollars. Elon Musk started Tesla when he was 33 and is worth over $170 billion.

Beyond the world of entrepreneurship and technology, the disruptive power of social media is influencing the way young people make decisions. Today, the world of Twitter, Instagram, TikTok and YouTube influencers is driving the trend. Vloggers like PewDiePie with over 100 million YouTube subscribers influence the way Gen-Y and Gen-Z think and act. Dwayne (The Rock) Johnson with over 250 million Instagram followers (more than the votes Biden and Trump got combined) could announce his candidacy for President of the United States. When Cristiano Ronaldo with 307 million Instagram followers removed the Coke bottles in front of him at a recent press conference, Coke lost $4 billion of its stock value.

Pakistan is catching up fast, with over 61 million internet users in January 2021, and an increase of over 11 million (21%) between 2020 and 2021 alone. At this rate, one can easily assume that it There are currently more than 76 million Internet users today, or more than 70% of the population if we do not include those aged 0-14.

In Pakistan, as in developed countries, young people are the biggest users of social media, which influences their decision-making. 65% (143 million) of the population are Facebook users while 10% (22 million) are YouTube users. The most popular mobile application for communicating and posting videos, images and links is WhatsApp which has over 46 million users. WhatsApp posts go viral and videos are transmitted around the world within minutes. In the world of politics, Twitter is commonly used by more than 20% (44 million) of the population. Among politicians, Imran Khan leads all others with over 16 million followers, Shehbaz Sharif is next with 5.8 million and Bilawal Bhutto Zardari has 4.5 million followers. Meanwhile, social media news channels are giving mainstream TV news channels their money’s worth.

The future belongs to the youth who will influence the path that Pakistan should follow. Recent events have demonstrated that young people have taken matters into their own hands to save Pakistan from corrupt and incompetent rulers. They will certainly cast their vote in the next elections in far greater numbers to choose the right leadership and reject the Pakistani purana.

The author is a former senator, and former president of HEC.

The Best Website Builders for Your Design Needs | Architectural Summary